Today, breast cancer is the second most common type of cancer among women. According to statistics, one in eight women will suffer from breast cancer during her lifetime. For this reason, millions of women lose some or all of their breasts every year due to cancer.

Breast loss leads to very deep physical and psychological problems in women. As a symbol of femininity and maternity, directly related to female body and perception, its loss causes extremely negative traumas such as inability, worthlessness and feeling of losing femininity. In addition, physical problems such as inability to wear appropriate clothes and not being able to look in the mirror are inevitable. The woman both deals with cancer treatment and also has to struggle with such a heavy psychological burden of this treatment.

The first treatment of breast cancer is surgery. Nowadays, breast cancer treatment and breast reconstruction are now considered together. In most cases, patients either wake up from surgery with new breasts or are discharged from the hospital as the initial procedures for the formation of their new breasts are performed. Therefore, a woman diagnosed with breast cancer should be informed both for the treatment of the disease and for the repair of the gap.

Studies have shown that patients who undergo breast reconstruction after breast cancer have higher compliance with treatment and return to normal life faster and live a happier life.

What is breast reconstruction?

Breast reconstruction is a surgery to restore the lost breast to women whose breasts have been removed because of breast cancer.

When is breast reconstruction performed?

Each patient's condition is different. Many factors are evaluated together such as the stage of the disease, the condition of receiving radiotherapy or chemotherapy after breast removal, age of the patient and body structure.

The procedure is performed in the same session with breast removal surgery. This method is generally preferred in patients who are at an early stage and will not receive radiotherapy/ chemotherapy.

After breast removal, reconstruction is performed at a later time (after radiotherapy/chemotherapy).

The first part of reconstruction process is performed in the breast removal operation. In this surgery, a balloon is placed under the breast muscle. After the end of radiotherapy / chemotherapy, this is inflated and the main part is carried out.

There are two main techniques of reconstruction:

In addition to these two methods, there is also a breast reconstruction technique where both methods are used together: in general, the back muscle is taken and the chest is surrounded. The process is completed with a silicone prosthesis placed underneath.

Women who have given birth or are overweight usually have abdominal cracks and excesses. In this method, the abdominal tissue is removed as in the abdominal stretching surgery and used to form the new breast. Depending on the situation, a portion of the abdominal wall muscle may also be involved in this tissue. In this way, the patient will have both tummy tuck and breast reconstruction at the same time.

These operations can be planned with microsurgical method (DIEP,TRAM) or without microsurgery (pedicle TRAM).

Latissimus Dorsi muscle located on the back is one of the most commonly used tissues for breast reconstruction. However, the volume of this muscle is generally insufficient to provide new breast size. Therefore, in the methods in which this muscle is used, a prosthesis is usually placed underneath.

These surgeries are usually performed as two sessions. In the first session, a silicone balloon is placed under the chest muscle. After 2-3 weeks, this balloon will be inflated with serum. When the desired volume is reached, a period of time is waited.Then, in the second session (after chemotherapy and radiotherapy is over), the balloon is removed and a permanent silicone breast implant is placed.

It is a comparatively painless method, with less scars and with no need of tissue from the other parts of the body. Patients may return to normal life faster.

The prosthesis may need to be replaced over time.

In breast reconstruction surgery where both the patient's own tissues and prosthesis are used, i.e. both methods are used together, usually the back muscle is removed and the chest is surrounded. By placing a silicone prosthesis into this breast shape created with the help of the back muscle, the volume is given.

How long does breast reconstruction take?

Reconstruction of a breast taken after cancer usually takes two or three sessions according to the method. In very early stage or in prophylactic mastectomy (removal of the breast before breast cancer develops), reconstruction can be performed in a single session.

The whole process usually lasts from 9 months to 1 year.

After the breast reconstruction is completed, a period of time is waited so that the breast gets its final form. Approximately 6 months later, a new nipple is set from the patient's own tissue. And for the dark area around it is usually tattooed.

Is a retouch necessary?

Breast reconstruction usually requires multiple sessions of surgery. After the main task is completed, the ideal shape is attempted to be achieved over time, with small touches such as forming the nipple and correction of scars.

It is also supported by fat injections to get a better form and acclaim.

Therefore, breast reconstruction is a procedure for which the patience is a must and it requires both the surgeon and the patient to work together and to understand each other. As mutual communication and efforts increase, the result will be better over time. 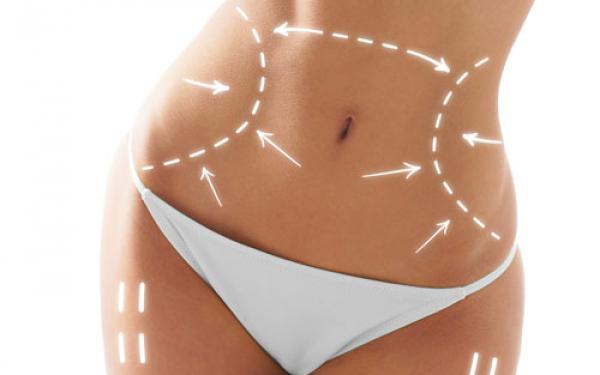